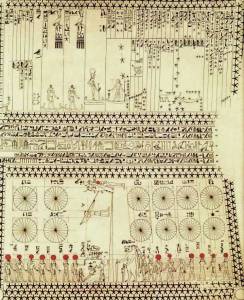 If we survey ancient astrological cultures across the world, we find that they all had sidereal (“stellar”) frameworks, observing planet’s motions with respect to the stars.  For example, the Egyptians had 36; the Chinese and Vedic, 28; and the Babylonians, 18 important astrological constellations.

Most scholars propose that the zodiac we use today evolved from these primordial sidereal systems. This, however, does not mean that the 12-fold zodiac we have today should be sidereal, for if it evolved into a tropical system, then it is meant to be tropical. The ancient systems certainly were sidereal, but the modern zodiac supposed to have resulted from evolution of those systems (with 12 equal divisions, planetary rulers, four elements, and three modalities based on the Sun’s movement northward and southward with respect to the equator) is not. 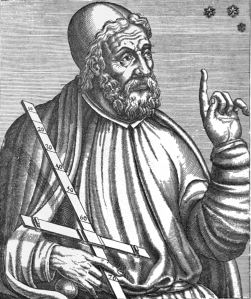 It seems to me that the evolutionary theory as it is commonly understood is not entirely correct, for the old texts (MulApin and the Purānas, for example) make tropical and sidereal observations side by side. So, my opinion is that a tropical 12-fold Zodiac co-existed with the multifold sidereal divisions since “the beginning,” or close to it, but what evolved is our preference and use of them.

We find tropical astrology clearly prominent in Ptolemy’s Tetrabiblos (c.200 CE). Ptolemy, however, does not write as an inventor of his system, but as an improver of previous systems, generally held as primarily Chaldean in origin (3.1, for example). What he explains in Tetrabiblos, then, is not a new system, but the evolution and refinement of pre-existing principles. 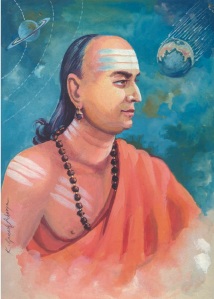 Tropical conceptions are found in the Babylonian text, MulApin, which describes a 12-month year, with the first year centered on the northerly equinox. Indian texts also have many such references. The Purāṇas, for example, explicitly define the tropical zodiac (ex: Bhāg 5.21.3). Sūrya Siddhānta also explicitly defines a  tropical zodiac (ex: 14.7-10). Varāha Mihira, a very important early Indian astrologer from about 2,000 years ago, writes of the previous zodiac tradition, which he describes as tropical – based on solstices and equinoxes (Pañcasiddhāntikā 3.32). Prior to him, the oldest extant record of an at least oblique reference to the tropical zodiac is in Ṛg Veda (1.164.11 & 48), which even modern scholars date as an ancient text. This is likely a tropical because it seems connected to the seasons (a practical application of the tropical zodiac), and uses a 12-fold system instead of the 28 sidereal divisions.

There is no reason to insist that the more abstract 12-fold tropical system must have escaped the science of the ancients, for it is not at all difficult to notice that the Moon essentially has 12 cycles in the course of a year, nor is it difficult to notice that the days and nights vary in length through the year, and these facts are the fundamental basis of the 12-fold tropical system.

There is evidence of the Babylonians and others using a 12-fold zodiac in sidereal context during a relatively short transition period where the focus shifted from the older systems based on multifold sidereal divisions to the newer systems based on the 12-fold tropical system. I would date this transition period beginning around the second century BCE, and extending not long into the Christian Era. Ptolemy’s second century work is decidedly tropical, for example, but some continued using the 12-fold zodiac in a sidereal context as late as the fourth century. At the beginning of this transition era, Hipparchus discovered that the correlations between the stars and these 12 divisions was impermanent, giving rise to the concept of “equinox precession”  This is what caused a migration away from mapping the 12-fold zodiac to stellar phenomenon. By the fourth century this migration was essentially complete; the use of a 12-fold sidereal system had almost completely disappeared.

There was one culture which never fully adopted the tropical coordinate system: India.

Evidence suggests that the Vedic Indians may have understood equinotical precession (or something very close) concurrently with Hipparchus (perhaps as a direct result of him), or perhaps even from a much older time. The older texts like Ṛg Veda imply the asterism of Kṛttikā as the home of the northerly equinox, while the Purānas and Sūrya Siddhānta cite Aśviṇī as the first. This shows awareness of a change in the location of the equinotical point, relative to the stars. The Purāṇas also speak of the variance of a line drawn from the celestial north through two fixed stars, onto the nakshatra circle (see Bh.P 12.2.27-28). Varāha Mihira (circa first century BCE) also explicitly writes of equinotical precession.

But why didn’t India utilize this knowledge and adopt the tropical zodiac?

In India, the ancient sidereal divisions were not entirely forgotten, but merely became sidelined and modified, to be seen as subsets of the 12-fold zodiac. They dropped their already somewhat non-conformist 28th asterism, Abhijit, and abstracted their asterisms into 27 equal-sized portions, which fit very neatly into the 12-fold zodiac, and inspired them to develop extensive systems and interpretive techniques.

Perhaps out of reluctance to abandon or modify those systems, they stuck with tradition rather than revision. Varāha Mihira himself seems to have made this observation in his Pañcasiddhāntikā(3.21 & 32) when he mentions that the equinoxes and solstices gradually move through the nakshatras, making the correlation between them temporary and in need of constant correction, but people follow tradition blindly, and do not correct things properly.

Indeed, elsewhere (Bṛhatsaṁhita 3.1-3) Varāha Mihira also explained that the northern solstice used to be in Āśleṣā, but now it isn’t, so we have to make observations of the locations of solstices and equinoxes relative to the nakshatras if we are to know where Cancer and Capricorn begin.

For whatever reason, India never transitioned into using the 12 divisions in their own right, independent from the sidereal divisions. Yet this did not pose much of a practical problem for many centuries, since the amount of precession increases so slowly.

As the divergence between sidereal and tropical systems continues to increase, however, the definitions of the fundamental symbols in a sidereal system must mutate further and further from their rational basis, or else the interpretation system will not remain as effective and as accurate as possible. As we currently approach almost an entire sign of difference, an increasing number of astrologers in and out of India in the 20th and 21st centuries (including me) have made attempts to bring the Indian system to adopt a tropical 12-fold zodiac while maintaining a sidereal 27-fold fixed-star nakshatra system. These attempts have naturally been met with resistance, but are gradually gaining a foothold.