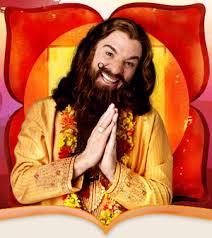 I hate to be the bearer of bad news, but the idea that there are astrological “gurus” with bona-fide astrological “parampara” is just a dream, a fantasy. There are people out there who think they have a “guru” – and in a sense they do. But this guru is not divinely ordained by a spiritual parampara. Such a thing simply does not exist in the astrological world.

Varahamihira was a great astronomer and astrologer, but please do not insist that I treat him as a self-realized divine being, whose every word I must literally accept as absolute truth for all time in all places. That is an absurd misappropriation of the concept of Guru Parampara. I greatly revere Varahamihira, Mantreshwara and other greats as great astronomers and astrologers.

Secondly even if I were to accept these ancients as empowered divine messengers – where is the unbroken chain of similarly realized souls representing them today? No friends, this does not exist. The whole thing is fantastic and mythological. There are no “gurus” and “paramparas” of any importance in the astrological world except in the practical sense where any teacher and school is a guru and parampara.

So when people say that I must “follow gurus” and accept that the correct zodiac is sidereal, I have to say, no. They are not following gurus, they are following tradition. If they can’t tell the difference that is sad. A guru is a person who deeply realizes and understands a subject. A tradition is just established by popular repetition.

So let us not run for smoke and mirrors: “You have not asked the question correctly , that’s why we refuse to explain why we are not wrong.” Or “You do not have a guru, that’s why you cannot understand why we are never wrong.”

Let us be practical and honest. All the Purana’s, including Bhagavat, define the 12 signs tropically (ie. anchored to tropical events – the solstices and equinoxes). The Surya Siddhanta also does. None of them do so with any vagueness, all are very direct, straightforward and unequivocal. There is not a sidereal definition of zodiac signs to be found. Therefore where is the “guru” who has the bile to say that it is “Vedic” to use a sidereal zodiac.